I did a review of this company and system back towards the end of June when Abundance Network first launched. And in that initial review I didn’t recommend this system.

However, by July the system already collapsed.

Jeff Long (the founder) claimed that they could not keep SMS Service Providers due to flaws in their business model.

Every Service Provider that they took on bailed on The Abundance Network one after the other.

Long said it was due on large part to their business model having pass ups. Also… He said that the providers also received a large number of Spam Complaints.

Referring Affiliates make 50% on level 1 sales and 72% on the Master Reseller level.

Long said he removed pass ups to be more compliant with Service Providers. Is this really true?

I don’t think so.

Because on level 1 (according to their new comp plan), $50 is still being passed up.

1- They still have pass ups.

Because members receive payments directly (Pier to Pier) and there is no talk or focus on selling any products or services.

And this makes it look like a big gifting scheme.

I think that Abundance Network is still going to end up in new problems with their new Service Provider.

There’s still going to be a lot of complaints from people who claim that they are getting SPAM about make money scams to their phones.

Here’s My No. 1 Recommended Opportunity. 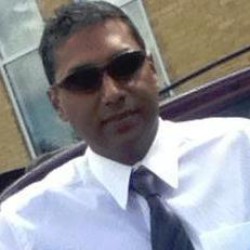 Rory Singh
Rory is a Husband, Father and Entrepreneur from Ontario, Canada. If you got some value here today and would like to connect, reach out to me on Facebook.